Congratulations to the 2021 recruit class on their graduation of the fire academy. The recruit class has finished 6 months of strenuous training led by Lieutenant Batz and now will be assigned to stre...
➠
Fire Museum

The Reading Area Firefighters Museum is committed to the preservation of the 1876 built structure at South Fifth & Laurel Streets, Reading, PA. This includes the building contents consisting of firefighting memorabilia, antique furnishings, and the John Wanamaker designed "best room". The museum will serve as a permanent facility for the public exhibition and the safe storage of items related to the history of firefighting in the Reading & Berks County area.

The Liberty Fire Company No. 5

The firehouse, located at the southeast corner of South Fifth and Laurel Streets in the Callowhill Historic District, is one of the most important architectural and historic landmarks in the City of Reading and Berks County. The site has functioned as a fire company's headquarters since 1854, on the same site but in a building demolished in 1875 for the construction of the present facility. In 2010, the city vacated the structure, moving it's sole Engine company to a new quarters in the 18th ward. The station was sold to the city to be operated as a fire museum.

The unusual combination of utilitarian purpose and architectural quality of the structure and its intact original character makes it one of the best preserved historical landmarks in the city and county. Numerous tours have been conducted through the building and without exception of the tour participants, whatever their age, background or experience, has been genuine surprise mixed with respect and appreciation for the elegance and beauty of the rooms. 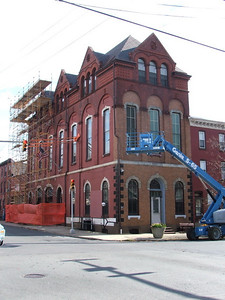 A task force has been formed to restore and preserve the station, and has already begun restoration efforts. The official incorporated group is known as the Reading Area Fire-Fighters Museum, Inc. It is a Pennsylvania 501(C)(3) Corporation. 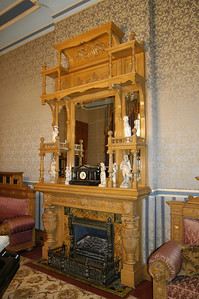 In addition to funds received through a State grant, the organization launched two official fundraisers for the restoration; an authentic reproduction of The 1938 History of the Reading Fire Department and a second book titled Reading Firefighting.  Both are available for $20, and can be purchased at Barnes & Noble, Borders, the Berks County Historical Society and the Fire Administration Office in City Hall.

To arrange a tour of the Museum,

This site has been viewed 3,444,011 times.
Calls
News
FollowTweet
Maintained by the members and staff of ReadingPaFire.com. Designated trademarks and brands are the property of their respective owners. Copyright © 2006-2022. YourFirstDue Inc. All Rights Reserved. Content on this web site is supplied by ReadingPaFire.com. YourFirstDue Inc. cannot be held responsible or liable for any content, text, pictures, or any other media found on this web site.
Management login
Powered by