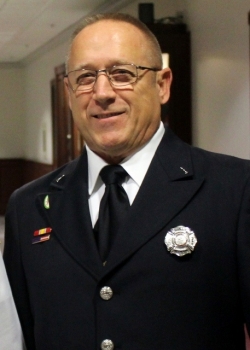 Congratulations to Lieutenant James Miller on his retirement after serving 13 years with the city. Jim was hired in June of 2007. After completing the Fire Academy, Miller was assigned to the A plato...
Read more »
Deputy Chief Gary Mogel
Fri. Jul 31st 2020 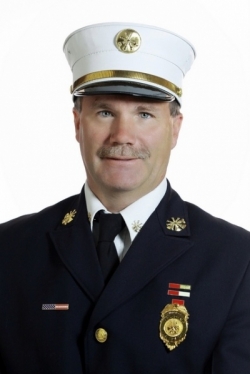 Congratulations to Deputy Chief Gary Mogel on retiring after 38 years of service to the city. Gary served as a volunteer firefighter with the Neversink Fire Company #3 beginning in 1982 following in ...
Read more »
Thomas Sheetz
Sun. Jul 5th 2020 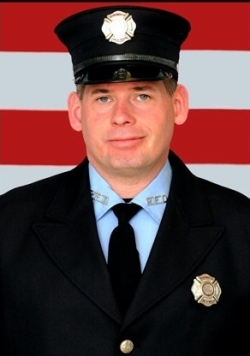 Congratulations to Firefighter Thomas Sheetz on his retirement after serving more than 23 years. FF Sheetz was hired in June of 1997. After completing the fire academy, Sheetz was assigned to Engine 5...
Read more »
Andrew Kutz
Wed. Jul 1st 2020 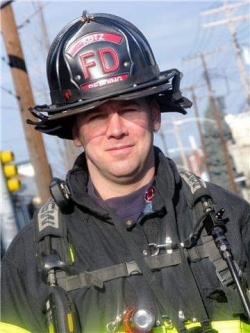 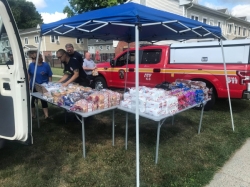 Local 1803 Union firefighters setup another bread handout for the citizens of Reading. Members have now set up at multiple locations over the city to create better access to those in need. Today&rsquo...
Read more »
M.D.A.

Promising Break Through In Treatment of

The International Association of Fire Fighters (IAFF) is the largest national sponsor of the Muscular Dystrophy Association (MDA). More than 280,000 members of the IAFF in the United States and Canada are pledged to saving lives, both as fire fighters and paramedics and as the strongest campaigners for the worldwide research efforts of MDA to eradicate 40 neuromuscular diseases. The contributions of the fire fighters also go towards MDA’s summer camps for children, professional and public health education, and other programs.

As the greatest contributor to MDA, fire fighters are everywhere in the efforts of MDA to raise money. The IAFF is the biggest sponsor of MDA’s Labor Day Telethon, and has contributed  millions of dollars as a consequence of the overwhelming enthusiasm and contribution of tens and thousands of fire fighters and paramedics across the US and Canada.
The IAFF raised most of their money through  passionate Fill the Boot campaigns, in which fire fighters greet motorists, shoppers and others and ask them to donate money to MDA. This year’s upcoming IAFF-MDA events are expected to raise even more to cure these crushing illnesses.
The marriage between the devotion of fire fighters with the cause of MDA has emerged as one of the strongest example of selflessness in the history of charity, and IAFF General President Harold A. Schaitberger is committed to elevating this tradition to even higher levels. The IAFF is designing a plan to further expand and enhance the IAFF’s relationship and role with MDA.
Over the ensuing decades, the commitment of the professional fire fighters to the cause of MDA has further elevated their status as extraordinary professionals who not only put their lives at stake to save citizens from ruthless flames, but also give their time to save the lives of the innocent from equally merciless neuromuscular diseases. The devotion of IAFF members has not only helped MDA, but also united fire fighters in a community where they share their team strength and brotherhood to give better meaning to lives and hope for the future.
The History of the Partnership of the IAFF & MDA
The tradition began in 1952, when a father in desperate need ran to IAFF member George Graney’s Fire Engine Company #1 in South Boston. IAFF Local 718 immediately rounded up 20 firefighters and set in motion a door-to-door canister drive that raised $5,000. Realizing the potential that firefighters had to offer the cause and their excellent image in the community, Graney approached and persuaded other IAFF members to support MDA. In August of 1954, IAFF named MDA as their ‘charity of choice’ and their signature fundraising activity has been the MDA Fill-the-Boot drive. The IAFF has emerged as the single largest sponsor of MDA, contributing nearly $300 million since 1954, all to benefit Jerry’s kids.
Reading Firefighters Involvement 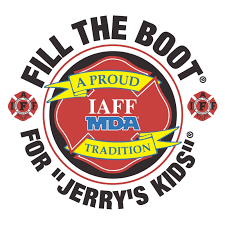 Reading runs an annual boot drive in the city collecting thousands of dollars to benefit MDA. On & Off-Duty firefighters stand in the streets with fire boots collecting what ever spare change may floating in your car.

Every year in November,  we participate in the MDA Black & Blue Ball during which we will auction off a Children's Dream Birthday Party which is held at one of the city's fire stations. The auction has been known to raise over $2000.

During the month of May, riders from all over ride in the MDA's "Ride-For-Life". At the end of the ride, Reading Firefighters were able to contribute hundreds of dollars to MDA through selling delicious root-beer floats. The ice-cream was donated from Cold-Stone Creamery.

We also assist during the annual MDA Lock-Up, in which individuals in the community agree to be locked up for the day, and need Bail money to be freed!