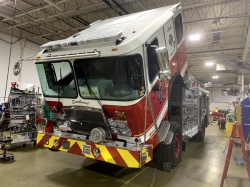 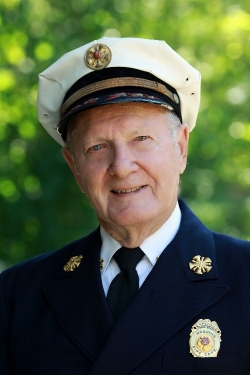 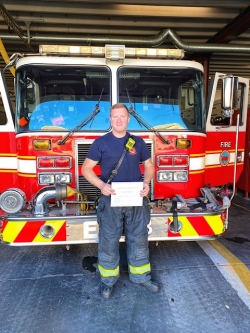 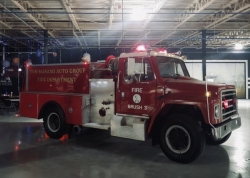 The Masano Auto Group recently purchased former Engine 14 from a private sale to be displayed in their massive showroom. The 1984 International/Kovatch served from it’s former quarters on Park A...
Read more »
Call History
Companies Extricate One on North 5th Street

The rescue assignment was dispatched to the location noted for a reported motor vehicle accident with entrapment.  Companies arrived to find an automobile from which the passenger was attempting to exit while double-parked on the street.  While doing so, that vehicle was struck by an oncoming automobile.  The passenger's foot and lower leg became entrapped between the passenger door and the rocker panel of the auto which, in turn, struck and was pinned between a parked SUV and the striking vehicle. Using Rescue 1's cache of HURST eDRUALIC extrication tools and reciprocating saws and after having stabilized the vehicle, firefighters removed the roof of the car to gain better access to the victim while RFD paramedics and EMTs provided patient care.  Spreading tools then facilitated victim removal by creating an opening between the passenger door and the rocker panel.  The total extrication time was 24 minutes.  Companies also performed hazard control and covered fluids from the vehicles.  The victim was transported to the hospital by RFD EMS.  The Reading Police Department was on scene and was investigating the accident. 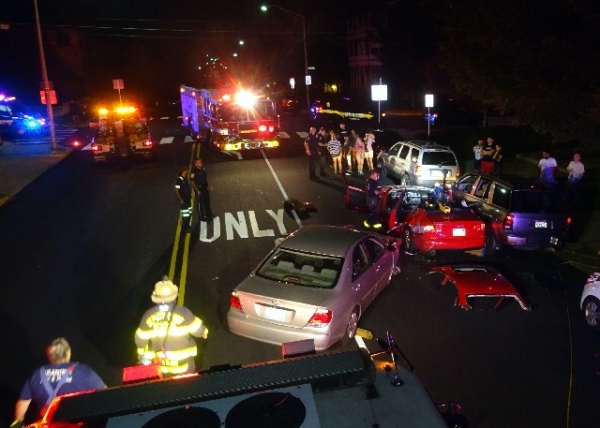 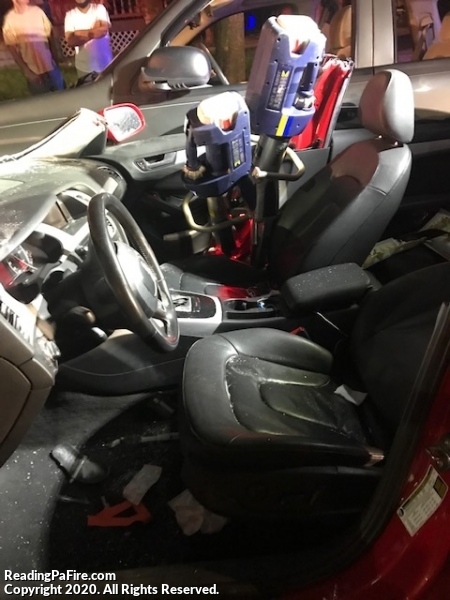 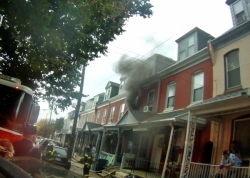 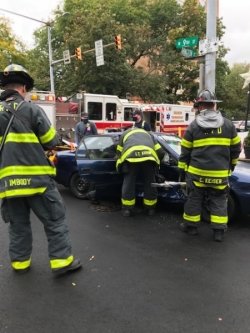 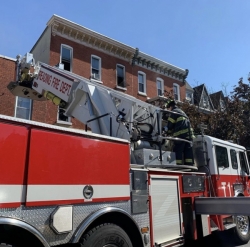 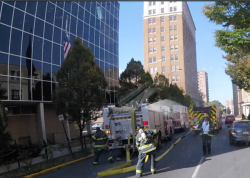 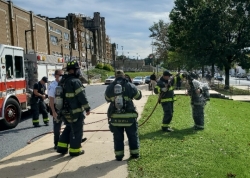 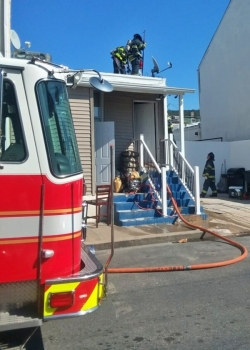 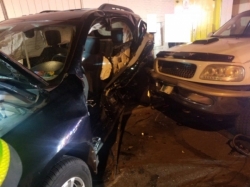 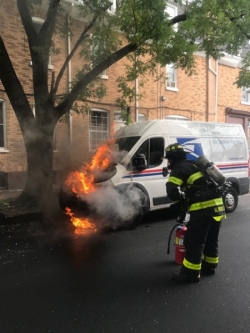 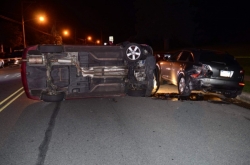 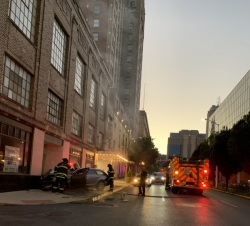 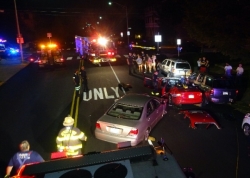 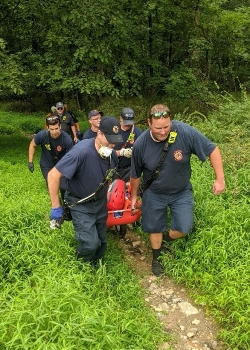 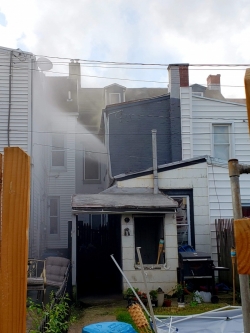 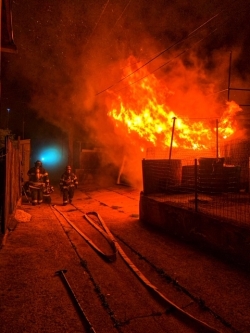 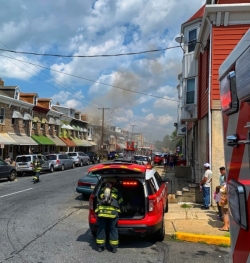 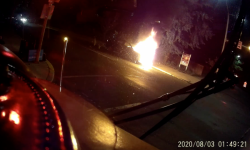 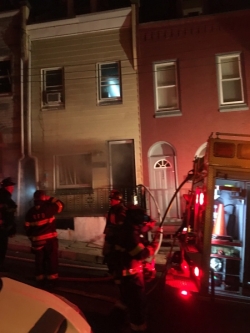