Congratulations to the 2021 recruit class on their graduation of the fire academy. The recruit class has finished 6 months of strenuous training led by Lieutenant Batz and now will be assigned to stre...
➠
News
Firefighters Unite During Press Conference

Information below direct from WFMZ 69 News

Dozens of Reading firefighters and police officers and their families turned out in force for a news conference by Mayor Tom McMahon this morning. They crowded into City Council chambers to hear McMahon address the proposal he presented to the police and fire unions yesterday.

McMahon seeks to cut 45 officers from the police force and 24 firefighters from the fire department. Eleven positions in the R.F.D. would remain unfilled. The cuts are aimed at helping to eliminate a $15-million shortfall in the city budget, which McMahon must present to City Council by October 1. The mayor also announced that the city is filing for Act 47, which would allow Reading to avoid bankruptcy and call on the state to oversee the city's finances.

Many WFMZ.com readers are also angered by the mayor's plan and are expressing their outrage in our on-line forum.

"I know times are tough, but there are some areas of government that should never be cut and one of them is public safety," said one Reading resident.

"They can’t keep up with the call volume as it is with the men they have on the streets now," said the wife of a Reading police officer. "These guys are working their tails off every minute of everyday to keep our city as safe as it can possibly be."

Another reader envisioned a call to 911 going something like this, ""Hello, and thank you for calling 911! All of our officers and firefighters are currently busy. Please hold as the next available officer/fireman will be with you shortly. We thank you for your patience." 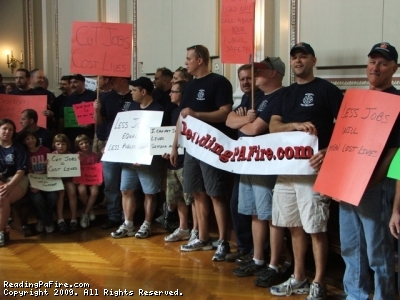 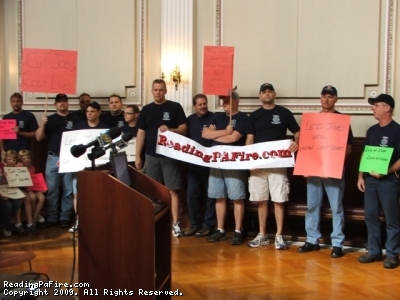 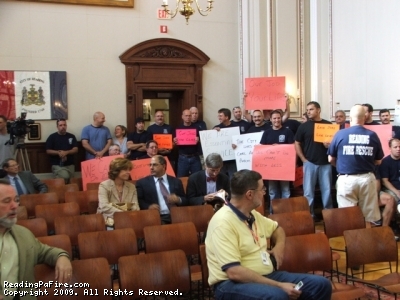 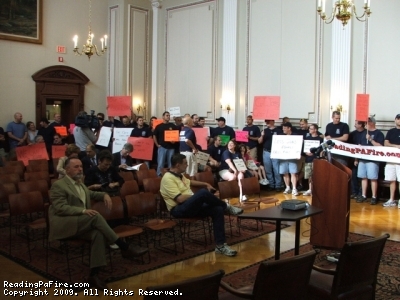 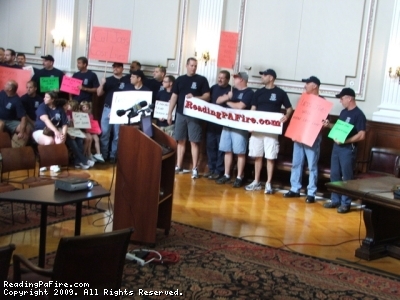 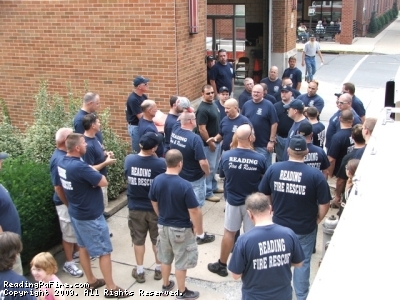 The 7th annual Black & Blue Ball was held once again at Classic Harley-Davidson along Route 183 in Bern Township. This years event featured a silent & live auction, along with dinner, dancing, & and of course drinks for all.
➠
Happy Birthday Brogan!
Brogan Searfoss is son the of Melanie & Jeremy Searfoss. Jeremy serves on Engine 5 on the D platoon. After very troubling times for the Searfoss's, we are very happy Brogan is doing fine. DayPortPlayer.newPlayer({articleID:"1298949",playerInstanceID:"50D2B45B-BE72-D098-ED26-0AA251D9C3CD",domain...
➠
Reading Eagle Tour 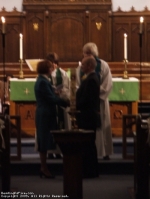 Congratulations to Brian & Eileen Smith. Brian was the previous owner/administrator of ReadingPaFire.com, before handing over the keyboard to me at the start of this year. The Ceremony was held during services at the Nativity Lutheran Church on 13th street where Mrs.
➠
Visit to Charleston Firefighters Memorial Site 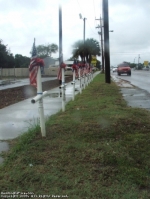 During a recent vacation to visit friends in Charleston/SC, I had the oppurtunity to view the site of Sofa Super Store fire which tragically ended the lives of 9 firefighters in June of 2007. I apollogize for the condition of the photos, but it was raining off and on throughout the day.
➠
Former Member Receives FDNY Promotion
Firefighter Scott Lyons was recently promoted to Lieutenant for the FDNY. Lyons will be assigned to a battalion and "fill-in" at several different Engine & Ladder companies to be evaluated before taking a permanent assignment.
➠
City Set To Break Gound For Fire Station

Members were on their way to the annual PGFD MDA softball tournament wednesday morning. Even though a smaller contingent was traveling, a good time will still be had by all.
Firefighters Rally Once Again!

Firefighters & Police officers from across the state came together this morning at the Capitol Building in Harrisburg to stop the movement on H.B. 1828. The Bill provides relief to Philadelphia in the form of approximately 700 million in new revenues.
➠
Labor Day Parade

The firefighters would like to thank all who showed support during this difficult time. The comments & signs meant a lot to us during the parade. The staff at ReadingPaFire.com would also like to thank the public for ignoring the smear campaign initiated by a local news publication.
➠
Firefighters Unite During Press Conference

Information below direct from WFMZ 69 News Dozens of Reading firefighters and police officers and their families turned out in force for a news conference by Mayor Tom McMahon this morning. They crowded into City Council chambers to hear McMahon address the proposal he presented to the police and...
➠
Firefighters Attend National Fire Academy

Reading Firefighters traveled to the National Fire Academy in Emmittsburg, MD to take part in PA's training weekend. The courses were held over August 22 & 23, and included firefighters from all over the commonwealth.
➠
Southwest Fire Station Bids

(From the City of Reading Website) INVITATION TO BID The City of Reading will receive sealed proposals in the Purchasing Office, 815 Washington Street, Room 2-45, Reading, Pennsylvania, until 2:00 P.M., Tuesday, September 1, 2009 for the construction of a new fire station for the Department of Fi...
➠
Berks Fire/Water Restoration Visit

Firefighters were greeted citywide as the new Marketing Director & Business Coordinator made their way around to the different stations. The visit included a water drop off along with a bag of goodies.
➠
Bus Disaster Drill 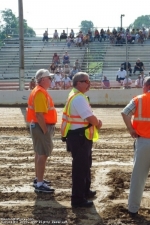 Multiple public safety departments were on hand for a mock bus disaster drill sponsored by the BCIU. The goal of the drill was to show their drivers what would happen if a bus would be involved in an accident with students on board.
➠
Hybrid Bus Training

Several members of the department traveled to the Variety Club Camp in Worcester PA for MDA's annual summer camp. The camp provides children with Muscular-Dystrophy experience a multitude of different activities while allowing them the chance to be with others their own age.
➠
Children's Day At Community College 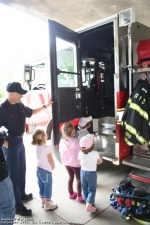 This site has been viewed 3,408,153 times.
Calls
News
FollowTweet
Maintained by the members and staff of ReadingPaFire.com. Designated trademarks and brands are the property of their respective owners. Copyright © 2006-2022. YourFirstDue Inc. All Rights Reserved. Content on this web site is supplied by ReadingPaFire.com. YourFirstDue Inc. cannot be held responsible or liable for any content, text, pictures, or any other media found on this web site.
Management login
Powered by